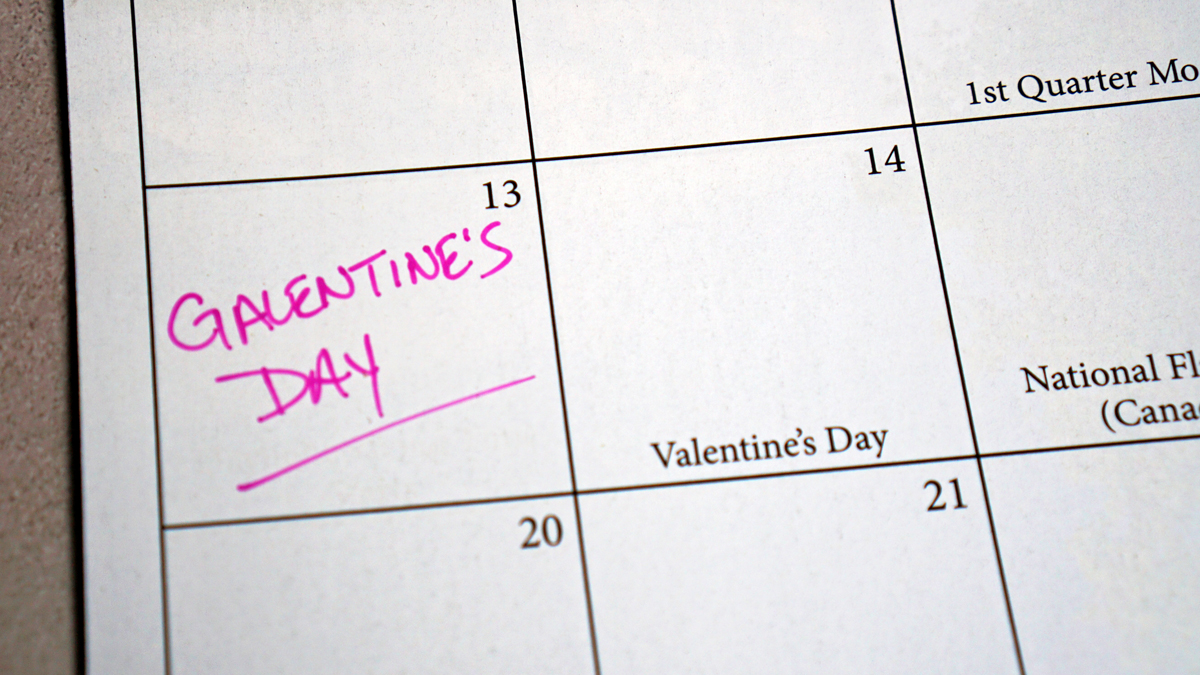 If you’re a fan of TV’s Parks & Recreation, you know that we have the character Leslie Knope to thank for making Galentine’s Day a thing. Celebrated on February 13, the day is designated for “ladies recognizing ladies.” Show your gal pals all the love you feel for them this year and enjoy a Galentine’s Getaway to these top spots.

Nashville, Tennessee: Book a glamping stay at Natchez Trace Tiny House Village and get ready to experience Nashville and the surrounding neighborhoods with some of your best gal pals! Head into Nashville to experience the one-of-a-kind honky tonks that line the city’s world famous “Lower Broadway.” More musical fun can be found at the Ryman Auditorium whether you’re taking in a concert or just a guided tour of this historic music venue. What’s a girl’s trip without a few Instagram shots so make sure you check out the murals around town that provide the perfect backdrop for these photo opps (visitmusiccity.com/trip-ideas/nashville-murals). Nashville’s neighborhoods provide another option for interesting things to do – check out The Gulch, SoBro and Capital View for all kinds of fun. Need more space than a tiny house affords? Natchez Trace also features a gorgeous lodge which sleeps up to 15 and a number of cozy cabins!

Miami, Florida: There’s more than the beaches to enjoy when the gals gather for Galentine’s Day in Miami. Of course, if you’re looking for prime beach time, the best beaches in Miami include Lummus Park (said to have postcard worthy views), the iconic South Beach (SoBe to the locals), and Crandon Park, when you’re really there for the beach. Then there’s Coconut Grove (mark your February calendars for the 19-21 which is the annual Coconut Grove Arts Festival) – an historic Miami neighborhood with dining, shopping, and the occasional live peacock strutting your way. Located in Coconut Grove, Vizcaya Museum and Gardens, a National Historic Landmark that offers 34 rooms on view at the estate as well as 10 acres of formal gardens, is another must-see when taking in Miami.

Portland, Oregon: Portland is for Pittock Mansion, Powell’s City of Books, and plenty of Instagram worthy pics. It’s also a great destination for pals – as in gal pals this Galentine’s Day. The aforementioned Pittock Mansion is a French Renaissance-style chateau built in 1914 as the home of publisher Henry Pittock. Visitors can choose from guided or self-guided tours of the mansion, the Gate Lodge, and the grounds (pittockmansion.org).  A Portland landmark, Powell’s City of Books is billed as the world’s largest new and used bookstore. Plenty of choices for that book group discussion can be found here! As for the photo opps – check out the marquee at the Arlene Schnitzer Concert Hall for a very large “Portland” backdrop, the Old Town Portland sign (another historic landmark), and underneath the St. John’s Bridge at Cathedral Park. A great place to stay is in an adorable tiny house at Mt. Hood Tiny House Village, which is about 45 minutes from the city.

Santa Barbara, California: Pick from cabins, cottages, or the unique tipi or western cabins at Santa Barbara’s Rancho Oso RV & Camping Resort to get your sunny Cali Galentine’s Getaway off to a great start. Without even leaving the resort, the fun begins with horseback rides and a look-see at the resort’s Western Village complete with stables, Conestoga wagons and a welcoming stone lodge. Off-site excursions can include a trip into the Danish-style city of Solvang where you can enjoy a trolley ride around town, visit the Hans Christian Andersen Museum, and try some tasty Danish baked goods. Another option is Montecito where must-sees include Butterfly Beach and Casa del Herrero, a 1925 Spanish Colonial Revival estate open for tours. Keep your eyes open when you’re out and about in Montecito as a few well-knowns call Montecito home including Oprah and Harry and Meghan. There are also opportunities for wine tours in Santa Barbara, a visit to the Santa Barbara Zoo, and plenty of shopping, dining, and sunsets to be experienced.

San Antonio, Texas: A girl’s trip to San Antonio is a perfect trip if you’re looking to combine history, culture, great food, and some fun on the river. Book a cozy cabin at Medina Lake and you’re less than an hour’s drive to San Antonio. For history, there’s the Alamo – there is no admission fee, and you can choose to take a self-guided or guided tour at this historic location where you can learn about the Texas Revolution. The famed River Walk offers all kinds of fun including eating, shopping, and getting your steps in on this 15-mile scenic walk along the San Antonio River. There’s also nightlife options and river cruises here. Viator offers a San Antonio Food Tour as well as a Ghost Walking tour (viator.com).

Big summer vacations are looking a little different this year. Summer has typically been the time when big trips to Europe and other countries are planned, thanks in part to long school vacations and cooperating weather. Graduates head off for one last trip before starting the 9-5 grind and many honeymooners make plans for a trip abroad after a June wedding, which is a popular month for marriages.

However, for most of us, trips abroad are definitely off the table this summer but that doesn’t mean you can’t experience the different cultures offered in a trip to a foreign country. We found a few places right here in the US that will provide you the opportunity to enjoy a bit of Europe while never leaving the country!

The solvangusa.com website describes this California town as “A little slice of Denmark in Southern California.” Solvang, which means “sunny field” in Danish, was founded by three Danish immigrants in 1911, after purchasing 9000 acres of land in the Santa Ynez Valley. The town features Danish-style architecture, four wooden windmills and even has a replica of Copenhagen’s famed The Little Mermaid statue. The Elverhoj Museum of History and Art is a great place to learn the history of the town. Visit one of the authentic Danish bakeries and sample some aebleskiver, a sweet Danish pastry akin to a doughnut hole. Plan to stay at Rancho Oso RV & Camping Resort, which is about 45 minutes from Solvang, and book one of our unique accomodations choosing from cabins, cottages, a tipi, or covered wagon.

Not only is historic St. Augustine the oldest city in America, dating to the mid-1500s, but it might also give you the feeling that you’re in Spain. Founded by a Spanish expedition, the Spanish influence on the town remains with the town’s grand plaza, the narrow streets and the Castillo de San Marcos, the oldest masonry fort in the US. Don’t miss Ponce de Leon’s Fountain of Youth Archaeological Park, a 15-acre waterfront park on the site where it is said the city was orignally founded. Make sure you sample some Minorcan Clam Chowder while here – it’s a specialty of St. Augustine featuring the datil chile pepper said to have been brought over from Minorca, an island off Spain. Book a stay at a colorful cottage at Tropical Palms Resort in Kissimmee and you’re just 2 hours from historic St. Augustine.

Plan a cozy cabin stay at at Bay Landing RV Campground in Bridgeport, Texas, and then plan a day to drive the “Kolache Trail.” The what, you say? The Kolache Trail is actually quite long, stretching from West, Texas, which is about an hour and a half from the campground to Shulenberg, which is a good four and a half hours away. The trail hits some of the best Czech bakeries that serve up these tasty pastries with all kinds of fillings – poppyseed, apricot, prune, and more. If you don’t want to make the whole drive, definitely plan a day trip to West, Texas, which is recognized as the Czech Heritage Capital of Texas. There are plenty of bakeries, restaurants, and shops that pay homage to the Czech heritage here.

In 1845, representatives of the Emigration Society of Canton Glarus, Switzerland, were to sent to find land in America’s midwest. The result of their efforts was an  establishment on more than 1200 acres of land in Wisconsin’s Green County, which became “New Glarus.” More Swiss settlers followed and the communtiy remains today true to its Swiss heritage.  Swiss-style architecture set among the rolling hills of the area will have you feeling you’re really in the Alps. Specialty shops, a brewery, and eateries serving authentic Swiss cuisine add to the charm of this little town. Nearby New Glarus Woods State Park is great for biking and hiking. Spend the day in New Glarus and then spend the night at Yukon Trails RV & Camping Resort, in Lyndon Station, which is approximately 75 miles away.