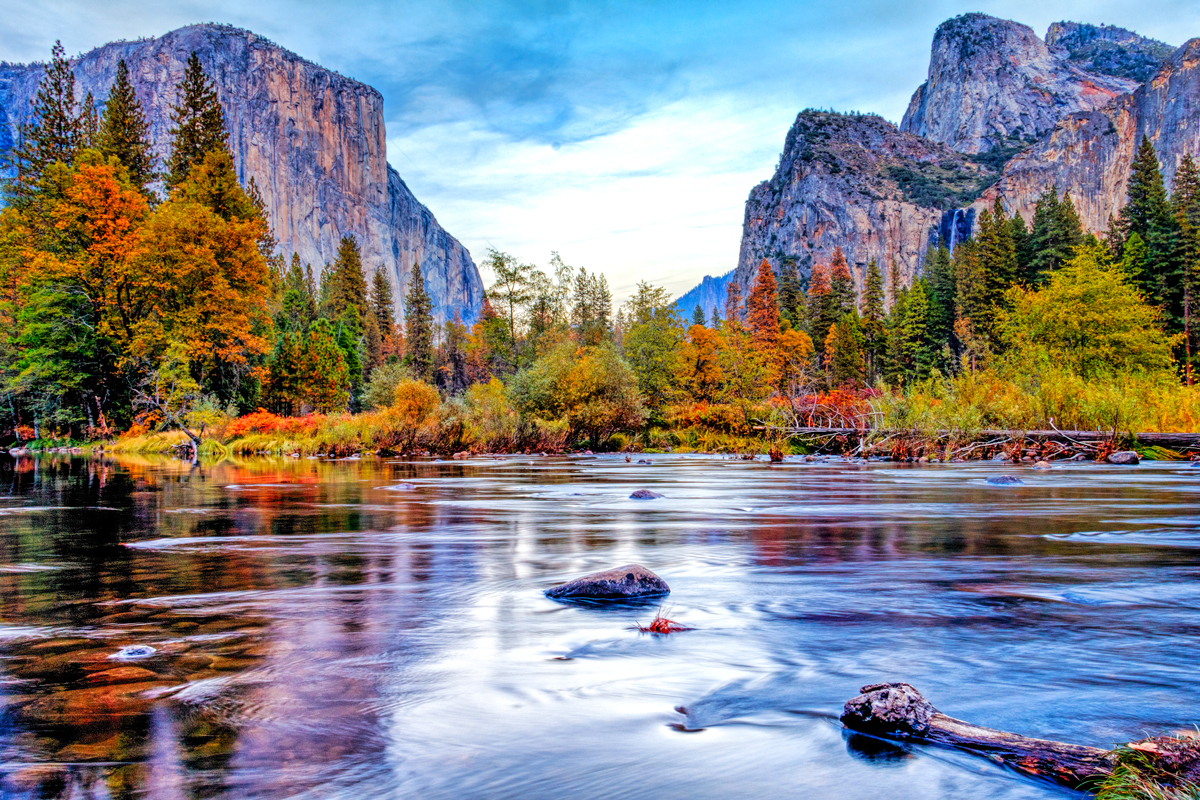 Toss the summer bucket list (hopefully, everything’s been crossed off), grab a pen and paper and start your Fall Bucket List which should include the following must-do fall activities.

There’s something about a college campus in the fall that makes anybody feel young again. Whatever it is, why not check out some of these great college towns near our glamping accommodations.

University of Washington – a couple cool things to check out here. First off, the beautiful campus trees ablaze with fall color and also the Brockman Memorial Tree Tour, a virtual tour that identifies roughly 60 of the 480 trees found on this wooded campus. Information for the tour, which is dedicated to the memory of former UW Professor Frank Brockman, can be found at depts.washington.edu/treetour. Another fun thing – instead of tailgating, fans of the UW Huskies football team “sailgate” in nearby Union Bay’s Husky Harbor. It’s really a sight to see and most likely, one-of-a-kind when it comes to college football fun. (Rent a yurt at Tall Chief to visit UW).

University of Wisconsin – Again foliage and football are the draw here. Badger football is basically a religion in Madison. On gameday when the Badgers are at home, the Badger Bash, a family friendly event for more than 50 years, has live music, a performance by the UW-Madison Marching Band, plus food and drink. The trees on Bascom Hill are worth a look and there’s also a self-guided tour of the trees on Bascom Hill as well those on Observatory Hill. The Memorial Union, with its views of picturesque Lake Mendota is another photo-worthy spot. (Rent a cabin or cottage at Yukon Trails for Badger fun.)

Pumpkins, oom-pah bands, and the best of the best Oktoberfests should be part of your fall to-do list.

Leavenworth, Washington, hosts one of the most authentic Oktoberfests, according to travelmag.org. Book a tiny house at Leavenworth Tiny House Village to experience this bash complete with imported German beer, live entertainment, oom-pah and polka music, contests (try your luck at the stein holding contest!) and don’t miss the Keg Tapping Ceremony on Saturdays. Leavenworth’s Oktoberfest will be held over three weekends (September 30-October 1; October 7-8; and October 14-15.)

Another noteworthy Oktoberfest is the one held in Fredericksburg, Texas. The 42nd Oktoberfest is set for September 30-October 2 this year and highlights will include the Hauptstrasse Chicken Dance featuring 400 dancers, the Family Dirndle and Lederhosen Contest, and a Yodel Contest. Come celebrate Fredericksburg’s German heritage with plenty of German food and drink. Don’t miss this one – book a cozy cabin at Medina Lake.

The Pumpkin Village at the Dallas Arboretum displays more than 90,000 colorful pumpkins and other assorted gourds to create a color show of its own. The special event, Autumn at the Arboretum, runs from September 17-October 31 and has a fairy tale theme this year. A Fall Fairytale will of course feature Cinderella’s Carriage as well as pumpkin houses and other favorite fairy tales brought to life through gourd displays. Book a cabin at nearby Bay Landing while enjoying the Pumpkin Village.

Fall hikes are not only great for your health, but also provide you the opportunity to bask in the fall colors as you take care of your body and mind. Some notable trails include the Cook’s Meadow Loop in Yosemite National Park (book a yurt at Yosemite Lakes), a great flat trail that offers views of Yosemite Falls and Half Dome; Pennsylvania’s Bushkill Falls (near Robin Hill with cottage and cabin rentals) promises a great color show as the leaves begin to turn in early October and last through November. Plus, there are eight waterfalls to see along the 2-mile trail. If you’re visiting Gatlinburg, Pigeon Forge Landing, you can explore the Roaring Fork Motor Nature Trail and get a two-fer when it comes to fall colors. You can drive the 5.5-mile auto tour portion through the forest or opt to hike the 2.5-mile scenic trail to Grotto Falls. 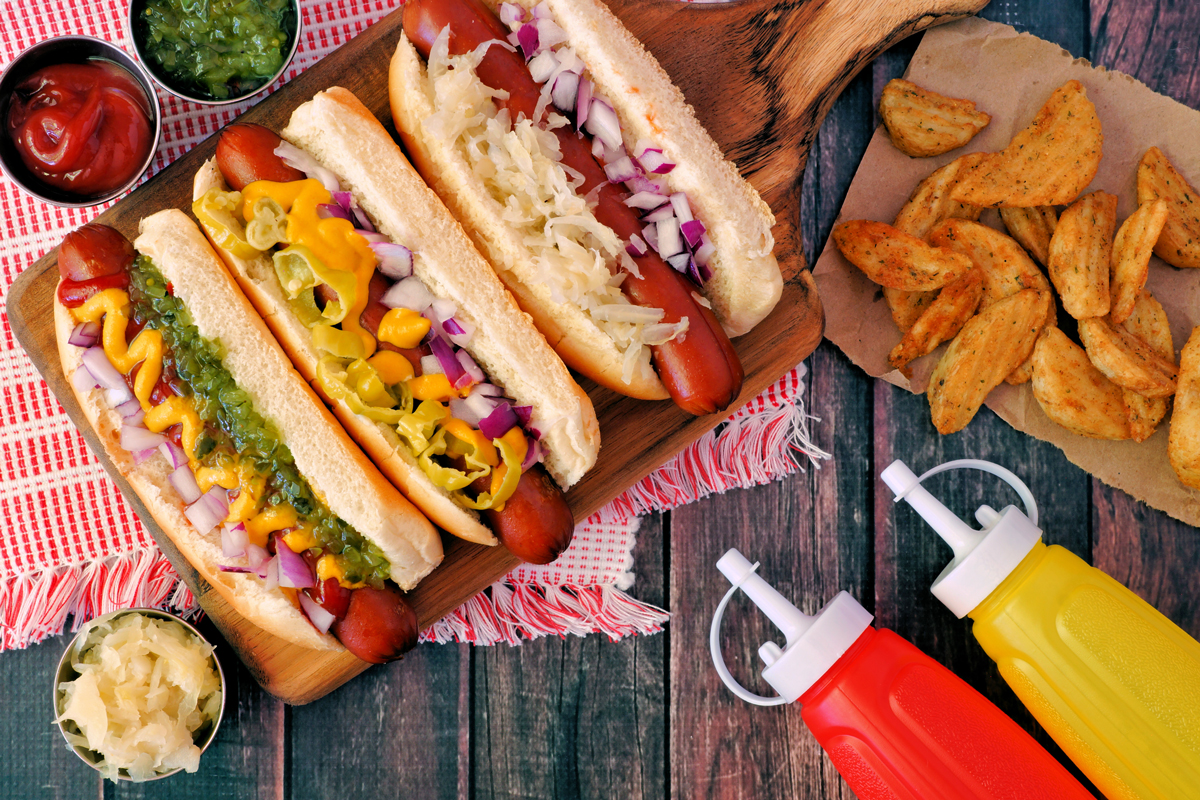 Whether you’re a foodie or not, the number of “national” days recognized for different foods practically requires that you eat your way through the month. July has multiple days dedicated to foods like hot dogs and lasagna and we’ve rounded up some of the best places serving up July’s food favorites. Pair them with the perfect glamping location and you’ll be asking for more, please!

National Fried Chicken Day: That’s July 6 so we suggest you head to a few of these places named by Food & Wine as serving some of the best fried chicken in the U.S. Book a tiny home at Natchez Trace and head into Nashville to try the chicken at Hattie B’s which according to the magazine is the best “old-school hot-chicken place in town.” There’s also a tiny house at Natchez Trace named Hattie – a match made in heaven. Another option and another Hattie’s (although not related) is a Hattie’s in Saratoga Springs, New York. Rent a cabin at Lake George Escape and enjoy the roughly 30-minute drive to this establishment that has served up fried chicken since 1938.

National Lasagna Day: Winding up the month of food celebrations, National Lasagna Day falls on July 29 so you’ve got all month to eat this tasty Italian dish that dates to the Middle Ages before its official day. The dailymeal.com ranked some of America’s best lasagna and several are convenient to our glamping locations. Here are a few dinner/glamping combos: Seattle’s Pink Door (#3) and a yurt at Tall Chief; Miami’s Macchialina (#9) and a cabin at Miami Everglades; and Kenny’s Italian Kitchen in Dallas (#22), an old-school, home-style eatery complete with red-checked tablecloths pairs well with a cabin rental at Bay Landing in nearby Bridgeport.

National Hot Dog Day: There’s plenty of ambiguity surrounding how the hot dog came to be called just that, but there’s no dispute that these little sandwiches are a delight whatever condiment you believe belongs on them! July 20 is the day the dog is honored this year and good spots to eat and glamp include: Soledad Canyon (cabin or cottage rental) and LA’s Pink’s Hot Dogs with its variety of celebrity named hot dogs; Wilmington RV Resort (cabin or cottage rental) and a hot dog, brat, or sausage from Avril Bleh’s Meat Market and Deli in downtown Cincinnati, or Cherokee Landing (cabin rental) and Payne’s in Memphis – which while known for BBQ also serves up a good hot dog.

For dessert: The sweeter things in life are also celebrated in July and they include National Pecan Pie Day on July 12 (rent a tiny home at Tuxbury Tiny House Village and head to Nashua’s Willie Jewel’s Old School Bar-B-Q for a piece of pie); National Milk Chocolate Day – rent a cottage at Hershey RV and eat all the milk chocolate you want at nearby Hershey’s Chocolate World; or to sample the red velvet cheesecake at Boston’s 7ate9 Bakery consider glamping at either Sturbridge or Gateway to Cape Cod. And the cherry on top – National Cheesecake Day is July 30!

Big summer vacations are looking a little different this year. Summer has typically been the time when big trips to Europe and other countries are planned, thanks in part to long school vacations and cooperating weather. Graduates head off for one last trip before starting the 9-5 grind and many honeymooners make plans for a trip abroad after a June wedding, which is a popular month for marriages.

However, for most of us, trips abroad are definitely off the table this summer but that doesn’t mean you can’t experience the different cultures offered in a trip to a foreign country. We found a few places right here in the US that will provide you the opportunity to enjoy a bit of Europe while never leaving the country!

The solvangusa.com website describes this California town as “A little slice of Denmark in Southern California.” Solvang, which means “sunny field” in Danish, was founded by three Danish immigrants in 1911, after purchasing 9000 acres of land in the Santa Ynez Valley. The town features Danish-style architecture, four wooden windmills and even has a replica of Copenhagen’s famed The Little Mermaid statue. The Elverhoj Museum of History and Art is a great place to learn the history of the town. Visit one of the authentic Danish bakeries and sample some aebleskiver, a sweet Danish pastry akin to a doughnut hole. Plan to stay at Rancho Oso RV & Camping Resort, which is about 45 minutes from Solvang, and book one of our unique accomodations choosing from cabins, cottages, a tipi, or covered wagon.

Not only is historic St. Augustine the oldest city in America, dating to the mid-1500s, but it might also give you the feeling that you’re in Spain. Founded by a Spanish expedition, the Spanish influence on the town remains with the town’s grand plaza, the narrow streets and the Castillo de San Marcos, the oldest masonry fort in the US. Don’t miss Ponce de Leon’s Fountain of Youth Archaeological Park, a 15-acre waterfront park on the site where it is said the city was orignally founded. Make sure you sample some Minorcan Clam Chowder while here – it’s a specialty of St. Augustine featuring the datil chile pepper said to have been brought over from Minorca, an island off Spain. Book a stay at a colorful cottage at Tropical Palms Resort in Kissimmee and you’re just 2 hours from historic St. Augustine.

Plan a cozy cabin stay at at Bay Landing RV Campground in Bridgeport, Texas, and then plan a day to drive the “Kolache Trail.” The what, you say? The Kolache Trail is actually quite long, stretching from West, Texas, which is about an hour and a half from the campground to Shulenberg, which is a good four and a half hours away. The trail hits some of the best Czech bakeries that serve up these tasty pastries with all kinds of fillings – poppyseed, apricot, prune, and more. If you don’t want to make the whole drive, definitely plan a day trip to West, Texas, which is recognized as the Czech Heritage Capital of Texas. There are plenty of bakeries, restaurants, and shops that pay homage to the Czech heritage here.

In 1845, representatives of the Emigration Society of Canton Glarus, Switzerland, were to sent to find land in America’s midwest. The result of their efforts was an  establishment on more than 1200 acres of land in Wisconsin’s Green County, which became “New Glarus.” More Swiss settlers followed and the communtiy remains today true to its Swiss heritage.  Swiss-style architecture set among the rolling hills of the area will have you feeling you’re really in the Alps. Specialty shops, a brewery, and eateries serving authentic Swiss cuisine add to the charm of this little town. Nearby New Glarus Woods State Park is great for biking and hiking. Spend the day in New Glarus and then spend the night at Yukon Trails RV & Camping Resort, in Lyndon Station, which is approximately 75 miles away.